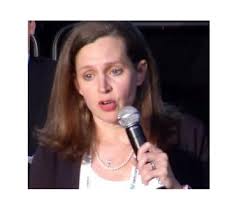 The fact that Bobby Bones is a bona fide country radio success story whose numbers keep growing is known enough. But his firm belief that he could switch formats in 2010 and translate from pop station in Austin to Nashville star remains a fascinating radio anomaly. “How cocky am I to think that?” he asks in a new lengthy profile.

Bones’ story as a Nashville outlier is well traveled, as is his runaway success as one of iHeartMedia’s most successful syndicated personalities. But a profile on Millennial news and pop culture website The Ringer assesses his growth and suggests that his general outsider status, and unique personality, is what makes him fit in anywhere.

Bones’ morning show is now on 108 country stations in the U.S., having added 12 in the past six months, and he is heard by more than 3 million daily listeners. He also hosts the weekend “Country Top 30” and launched podcast “BobbyCast” last August.

But beyond all those numbers, it’s the power of “one,” and connecting singly with the audience, that speaks to the success. The 37-year-old Bones is, according to the story, “a socially awkward and painfully honest” individual, whose radio show “often feels more like a confessional than a music show. Bones has taken over country radio in spite of himself.”

Finding solace through a portable radio that his aunt Cindy bought him for his fifth birthday, Bones decided early on that he was going to be a radio DJ, The Ringer story says. “It was weird to me that my friends didn’t know what they wanted to do when they grew up,” he recalls. “‘Cause I always knew.”

An obsession for talk-show hosts—Bones listened religiously to CHR “105.9” KLAZ Hot Springs AR, and at 8, discovered David Letterman—showed him that oddballs like him could parlay their talents into being revered.

Bones ultimately talked his way into a job sweeping floors at KLAZ, and was named the weekend disc jockey when the spot became vacant. But after graduating from Henderson State University on a full academic scholarship and getting a gig at CHR “Q100” KQAR Little Rock as their full-time evening DJ, he decided to make his personal life the star of his radio show: “I just thought, ‘I don’t want to suck forever. And if I’m going to suck I want to suck being me.’ The only thing you own is yourself.” he adds.

It has worked quite well, leading in time to a New York Times bestselling memoir “Bare Bones: I’m Not Lonely If You’re Reading This Book,” and a top 5 Billboard Country/No. 1 comedy album “The Critics Give It 5 Stars”—featuring the likes of Kelsea Ballerini, Brad Paisley and Carrie Underwood. But his switch to country remains instructive, an example of a star being on the outside but working in. As he told Inside Radio in a Q&A last year, “Nashville has only recently started to feel like home. The format doesn’t like outsiders. But then again I’ve never been in a format where I’ve been the insider.”