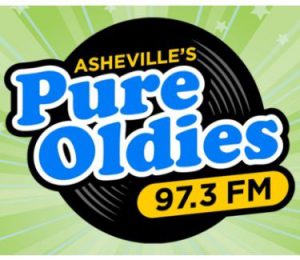 Saga Communications has launched a new oldies station in Asheville, NC as “Pure Oldies 97.3,” which debuted Monday on the Asheville, NC-licensed translator W247BV at 97.3.

OM Neal Sharpe told the Citizens Times that the station aims to appeal to the Baby Boomer generation, many of whom call the area home now. “People are retiring to Western North Carolina and especially the Asheville area and we felt like let’s provide this music to them,” he said. “It’s the soundtrack of their lives.”

“Pure Oldies 97.3” is playing music from ‘50s and ‘60s, including songs from Elvis Presley, Chuck Berry, the Supremes, the Beatles, Herman’s Hermits, the Beach Boys, the Shirelles, Little Richard and Bill Haley and the Comets. “It’s like having the founders of the Rock Hall of Fame on your radio,” Sharpe said in a release.

Added cluster GM Chris Hoffman, “Pure Oldies 97.3 fills a gap in local radio for local listeners who felt forgotten. We heard them and are glad to have them now listening to us.”

The “metro signal,” as Saga calls FM translators, was previously simulcasting sports “ESPN Radio” WISE (1310), which can also be heard on WYSE (910) and now on the Canton, NC-licensed translator W275CP at 102.9.